VeloGuide: Cycling tourism? There’s an app for that. 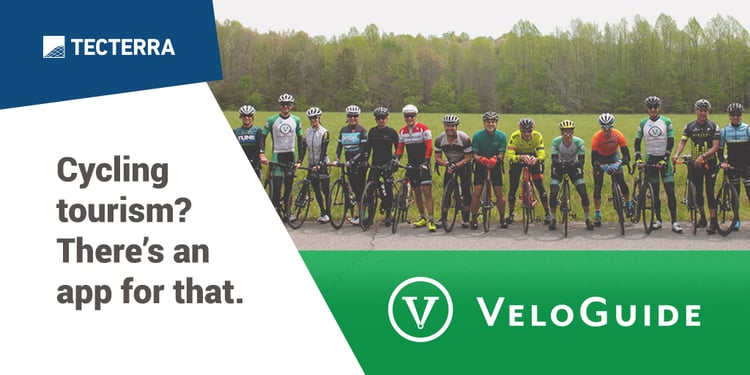 Joel Goralski, the company’s CEO, says the company started from a hobby business that he and his wife created in Bucerias Mexico just over five years ago. Since then it’s experienced explosive growth worldwide with potential for much bigger expansion.

“I am an super cycling enthusiast and thought that a business that allowed people to take in the incredible cycling in Mexico and stay at our vacation rentals would be a fun and smart thing to do. Within three years we grew from a few bikes and a handful of tours to a non-stop daily operation during the winter months. The interesting thing is that most of our customers are coming to Mexico for a non-cycling vacation. However, because we are here with quality bikes and excellent guides, these active vacationers will book anywhere from one to five rides with us during their week beach vacation,” he says.

“We asked ourselves if a small sleepy village in Mexico could generate in excess of $100,000 USD a year over the course of five months, what could this look like from a global perspective? These same clients in Bucerias would travel three to five times per year and most of the time for reasons outside of a cycling vacation. The more we spoke with our clients the more we understood that there was a demand for a service that really did not exist. Meaning, they would love to get out on rides when they travel, but most of the time it was too complicated. From that, we created the VeloGuide concept. VeloGuide would connect the travelling cyclist with a bike and a guide all over the world.”

VeloGuide, with a head office in Calgary, began in 2017 and launched its mobile app in the summer of 2018. The company has seen spectacular success since then growing to more than 1,600 guides in 587 cities in 69 countries.

Goralski says VeloGuide is made up of a team of passionate cyclists who have developed a first-to-market on-demand ‘ride and guide’ sharing app solution to the question: Why can’t it be easy to find a bike and go for a ride everywhere and every time I travel!?

He says VeloGuide includes an ever-expanding network across the globe – from serious recreational cyclists to active or retired Olympic athletes and pros that share its passion for cycling and are eager to share their high-quality equipment and local knowledge with like-minded cyclists.

“Business has grown quite aggressively year after year,” says Goralski

“VeloGuide was created to answer the growing demand for local cycling tours that don’t require signing up for traditional multi-day or large group riding experiences. By creating a unique, easy and affordable approach to finding, booking and paying for the experience of riding a bike when you’re away from home, VeloGuide promises to do for cycling tourism what Uber and AirBnB have done for ride and home sharing.”

With VeloGuide, people can choose the destination, the length of the ride, the pace and a guide that fits their ability.

“Potential for growth is really substantial. I mean the numbers we’re looking at there’s about 40 million active competitive cyclists around the globe. That’s a pretty huge number,” says Goralski.

“If you look at the overall demographic of people who are riding road bikes they tend to have more disposable income, tend to travel quite a bit. It looks like it is a niche market cycling tourism but at the end of the day with the amount of numbers it’s quite huge. What we’re focusing in the short and medium term is more on-demand tourists.”