At Ark Innovation Technology, we've developed and supported our flagship SaaS product, Fieldshare, for ten years. And while keeping an online data management platform secure and up-to-date has challenges expected, the last two years have really thrown us some surprises. Primarily a hurdle that brought us in and out of court and hammered home a universally applicable lesson about keeping good records and looking to the future in tough times. 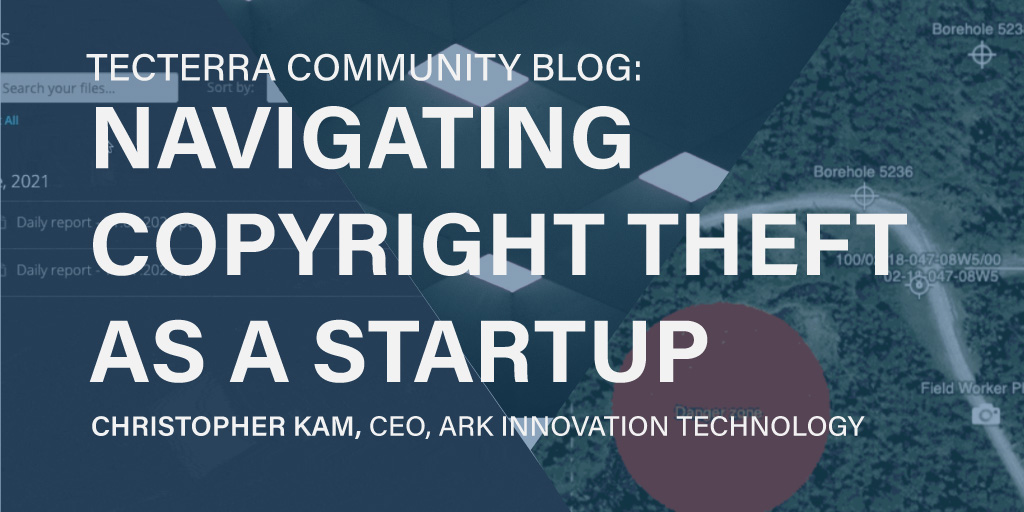 Our curveball struck in 2019 when we learned that a former co-founder of the software had launched a new map-based project collaboration tool. A surprise, given how little time it had been since his departure from Ark, but maybe he had bought a partially-built platform to redevelop. As more marketing material was released on behalf of his new venture, it became clear that wasn't the case. This 'new' software was very nearly identical to our own.

What would you do if someone high up in your company absconded with a copy of your entire platform? 2019 was rough.

The new entity positioned itself as a direct competitor to Ark, and we were gobsmacked. A competing product blatantly using Ark's original software was created. Even our original marketing material was duplicated by replacing our logo with a new one on sell sheets, case studies, and a video. But defending intellectual property rights is neither fast nor cheap. So, as a result, Ark embarked on a two-year Federal Court battle to prove that its original Intellectual Property was copied to make a new product in the same market.

The first logical thing to do was file a warning letter to the new entity. While we hoped this would be enough to set things right, caution dictated we simultaneously collect evidence of IP infringement. In this process, Ark made screenshots and video recordings of misused content and software to substantiate a Federal Court claim. At the same time, Ark's legal team drafted and submitted a second, more formal letter to the new startup's management.

Ultimately, filing a federal lawsuit against the new entity was necessary.
Even gathering evidence to support the lawsuit was a drain on resources and a distraction for staff. But those weren't the only challenges we found ourselves facing due to the infringement.

Firstly, because the new company presented their product and service as a re-branded version of Ark's, there was suddenly a great deal of confusion in the marketplace about who was who. Something that would be a challenge in any market but was disruptive to our relatively small market in Canada's Energy and Environmental Services industries.

Furthermore, on top of the identity confusion, there were data fears.
Because our cloud-based platform stores customers' private data, our existing client base started having data safety concerns. Our lawsuit was already in place, and despite the eventual victory, rebuilding trust is a long process.

To address these issues, Ark had to act quickly. We adopted a strategy of complete transparency. The first step was to inform new and potential clients about the copyright infringement. Being open throughout this process helped Ark salvage and repair relationships with clients who had data safety concerns. Management kept Ark's staff abreast of the changing situation and worked closely with the marketing and sales teams to keep everyone up to date while addressing fears and putting out fires in addition to continuing to drive growth. Even while a legal battle is happening, any business (and especially a growing startup) needs to keep expanding.

This strategy ensured that Ark lost as little market share as possible. Being open about the copyright infringement had a surprising effect: multiple clients spoke up vocally about the issue and rejected offers from Ark's new competitor. It was a reminder of how crucial relationships are in business. Without our clients' support, this situation could have been devastating for Ark.

Finally, Ark prevailed in the federal lawsuit and damages were awarded. But the proceedings would have been much worse if we weren't already set up with good records to support our process and work at the time the infringement occurred.
Having your product copied is an experience I hope you do not go through. But if you do, the first and foremost thing is to remember that business must continue as usual. Staff at all levels may be called on to find information or be a conduit to concerned customers, but for us, keeping our eyes on the future, on the next step in product development, and prospective markets on our roadmap, pulled Ark through to success.