They say a picture is worth a thousand words. 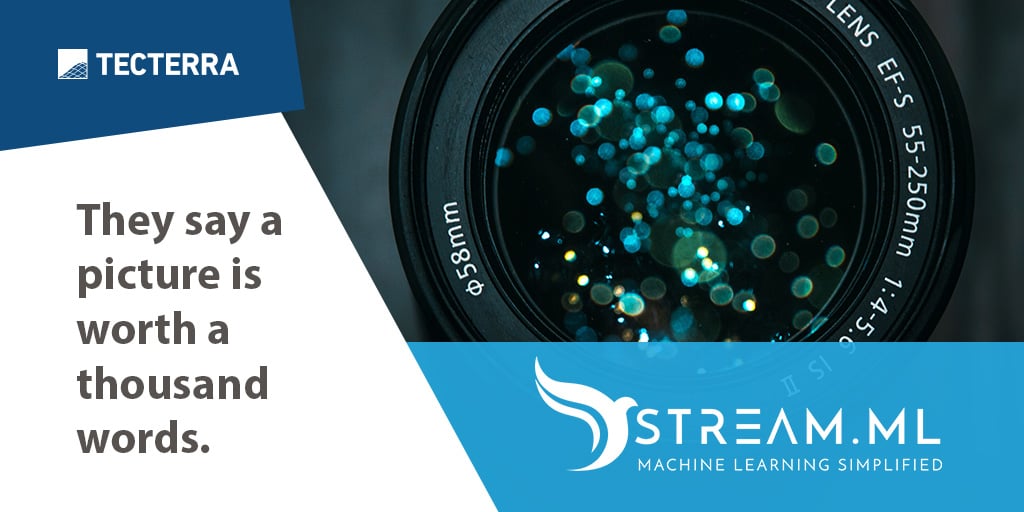 But Edmonton-based Stream Technologies, through innovation and technology, has taken that adage a step further.

The software company, which was first incorporated in 2012, is changing the way we use Artificial Intelligence in the workplace by marrying spectroscopy and machine learning allowing Stream to gather as much information as possible from a picture.

“Basically we’re an analytics company and we focus on analytics of images. When people take a picture, we can analyze that picture and tell you what’s in the scene,” says John Murphy, CEO of Stream, which has eight employees.

“While that doesn’t necessarily sound like a big deal, it’s actually pretty useful when it comes to doing inspections. In the agriculture sector, for example, if you’re looking for a disease you might send an agronomist out to look at every plant down the way and tell you there’s a disease starting. But if you actually want to have a camera do that, you could put a camera on a drone.”

“We use machine learning to do this but what we found is everyone’s got their target, their own thing they want to see,” says Murphy. “Say people in medical were looking at X-rays, they may want to see something very different than if you were looking at a plant or some soil.

“We let people who are non-technical build their own algorithm. We set up an environment where anybody can upload a few hundred pictures - the good stuff, the bad stuff. Push a button and it will automatically build this new detection model or algorithm.”

The technology can be used for a variety of purposes. It’s for people who are doing inspections with cameras or sensors.

“Right now the low hanging fruit that we’ve been looking at has been in the agriculture space. There’s just a lot of people who sell reports to farmers. They sell maps. They sell reports about the state of their product which is their plants at different stages,” says Murphy. “But what they don’t do is they don’t have a machine learning group behind them that can do all of the analytics.

“We’ve automated that process. They don’t really have to talk to us. They can go online and set themselves up, build those algorithms and implement them in their applications.”

There’s applications in the oil and gas industry as well.

Murphy says the company has brought together the power of spectroscopy and the ‘artificial intelligence’ of machine learning to make detection quick, easy and accessible.

Stream uses machine learning to analyze light and detect targets of interest – in images captured with cameras, or scans taken with spectrometers.

The goal is to provide accurate and timely predictions.

Its machine learning models, or Algorithm applications (Aapps), are designed to analyze pixels, and spectral features combined with shape information to identify a particular target. The target could be a disease or fungus on a plant, the level of protein in a sample of seeds, nutrients in soil, a deformed object, cancer cells, or other things a business finds value in detecting.

Murphy says the company has been focused in the past year or so on the analytics side of its offering.

“Today, people take their samples and they send it to a lab. It can be anything from a blood sample to a plant or soil. That’s typically how they get a lot of their inspections done and/or they rely on experts, eyeballs, right from radiologists to agronomists to anyone who can see things with a well-trained eye,” says Murphy.

“But what we’re seeing is that machine learning is changing this whole game. Machine learning is basically a game-changer because now it can leverage these low cost cameras and of course now we can automate a process like that and you’re not paying for expensive lab tests, you’re not paying for expensive people. The camera can work 24/7 . . . This goes across every industry. I got a call the other day from somebody who wants to inspect glass - windows and doors. This just goes across everywhere people have some sort of quality control process, quality assurance, and they just want to know what’s going on.”

Murphy says the industry is changing because people can build their own model through Stream Technologies and created a new marketplace for that model.

“So if you kind of think about apps for your phone - you get them from the app store - well we have a marketplace which is the app store for models and you can imagine if you can upload a couple of hundred pictures and push a button to build a new model, anybody in the world that’s got access to a camera and a few hundred pictures can build a new model,” says Murphy.

“And not only can they build these models that can do detection, they can put it in the store or the marketplace and we give them 85 per cent of the worldwide revenue. So they’re motivated, they can make money. The vision here is we would like to ultimately see tens of thousands and more of these models in the marketplace, bought and sold, and have that whole idea driving the change of inspection.”